skip to main | skip to sidebar

The first imagery of the mapboard for the forthcoming solitaire "A Glorious Chance" is now online here.
Posted by Mark Mahaffey at 8:33 AM No comments:

Just completed two new game covers this month, one for Legion Wargames' "A Glorious Chance: The Naval Struggle for Lake Ontario in the War of 1812" (a fascinating new solitaire system from first-time designer Gina Willis), and the other for Revolution Games' "Longstreet Attacks" (on the second day at Gettysburg). 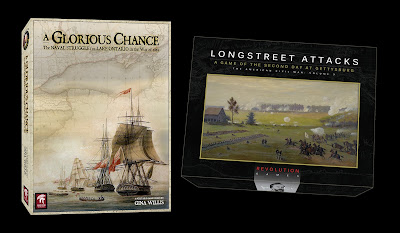 Posted by Mark Mahaffey at 12:12 PM No comments:

Special offer; get both my "Twilight Struggle" and "Here I Stand" redux map prints (on rolled paper) in one tube for $99, free (domestic US) shipping.

Now out from the MIT Press, Zones of Control: Perspectives on Wargaming, including my chapter "Historical Aesthetics in Mapmaking." 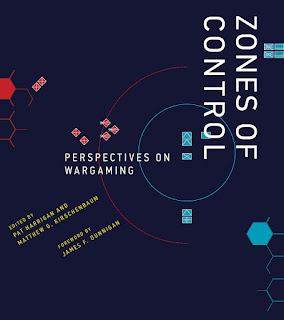 Read more about the book at: link

Really proud of how the Normandy map for Operation Dauntless turned out! 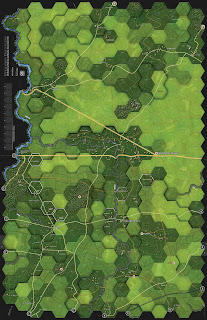 Posted by Mark Mahaffey at 12:16 PM No comments:

One of the joys of working in the history simulation hobby is the history itself. Too often, good scholarship takes a back seat to gameplay and publishing concerns, but every once in a while, a truly impressive piece of historical synthesis may be found. Here are three quick examples:

Here I Stand (GMT)
(designer Ed Beach)
Most students of the Reformation tend towards the religious struggle to the exclusion of the myriad forces in operation throughout sixteenth-century Europe. Ed's synthesis of each of six key powers' goals and strategic options is remarkable. Managing the complexities through brilliant use of a card-driven system, the game manages to elevate to, at the very least, a catalyst for better understanding of this important period.

War of the Suns (MMP)
(designer Leonard To)
In a front of WWII forgotten by most Westerners, the Chinese held off a Japanese incursion into Russia for nearly a decade. Especially with China emerging on the world stage as it is, understanding this conflict is critical - but even for those interested, the English-language sources are slim. Leonard's synthesis of the Chinese sources into this monster simulation make this game likely the best academic examination of that conflict available in the English language.

Clash of Monarchs (GMT)
(designer Bob Kalinowski)
The detail and complexity of this simulation of the Seven Years' War speak to Bob's long study and toil to bring this to our tables. "Labor of love" has new meaning here, and again a synthesis of the source material into an overview of inestimable value for the historian. It is so easy to get lost in the arcana and esoterica of a subject...

At any rate, hope the Lepanto game I'm working on can come close to any of these in its usefulness...
Posted by Mark Mahaffey at 6:40 AM 5 comments:

Having enjoyed Ed Beach's superb Here I Stand boardgame on the Wars of the Reformation, I leapt at the chance to work on a playtest map for his upcoming sequel covering the Golden Age of Elizabeth, entitled Virgin Queen. (An altogether fascinating period of history including the French Huguenot Wars of Religion, the battle of Lepanto, the Spanish Armada, and much more.)

Ed's original playtest map was a modification of the Here I Stand map, using 3 insets to add action in the New World, the Netherlands, & Indian/Pacific oceans. For example, we see in Here I Stand, the Netherlands warranted a mere 4 spaces; whereas in Virgin Queen that count expands to 21 spaces to contain the Dutch Revolt and Reformation: 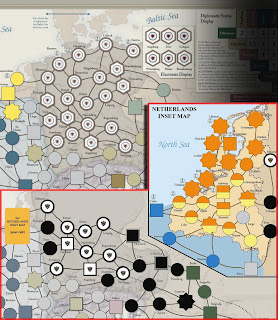 Some brief discussion with Ed led me to suggest we employ a cartogram (a superb discussion of practical cartograms may be found here) for the map, to better reflect the relative importance of the areas during the period. What we needed was a map that would enlarge the Netherlands' surface area greatly (and to some degree, France & England's), as well as include The Indian and Pacific as far out as Australia. The resulting contortion is what Ed aptly describes as "The world inside Philip II's head:" 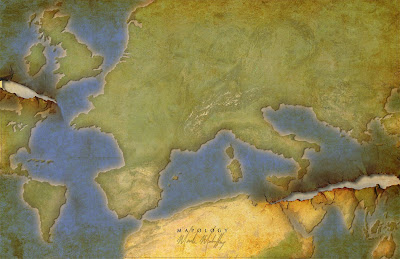 The content on the map is still in flux, so we'll save a look at that until things settle down a bit. Open PBEM playtesting is beginning soon, and if you're interested in helping you can email Ed to sign up.

Please note that this is in no way endorsed by GMT Games yet; for that matter as far as I know GMT has not technically contracted to publish the game at all.
Posted by Mark Mahaffey at 10:12 AM No comments: